How to File a Money Suit in Kerala

How to File a Money Suit in Kerala 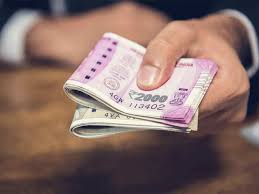 There may arise a situation in the life of an individual to lend out money to a friend or near ones with or without instruments. Sometimes they may default on the payment of the amount or the interest which you owe. At those times you must know what all remedies are available to recover your money.

A money suit is a suit available to the person who needs to recover his money legally from a defaulter. It is a summary suit if the defaulter has no valid defence and it does not consume much long in proceeding. It is similar to an ordinary civil suit.

The Pecuniary Jurisdiction shall be considered according to the monetary value of the suit.

The suit must be brought into action within 3 years from the cause of action also the said period cannot be condoned.

A demand notice is for settling the dispute before going to court between parties. It is filed by the person himself through an advocate. The opposite party can send the reply notice stating his allegations and state his part of the facts and also counterclaim, mention the set off’s made and also state about mesne profits made by the opposite party. If it is neglected or not settled then;

Plaint must be filed in the court which has the jurisdiction as mentioned. Plaint must state the name of the court where the suit is brought, the name and address of the parties which means the plaintiff and that of the defendants, and the proper facts of the case but not the evidence and the relief sought. It shall be verified by the plaintiff before the advocate. It shall be filed along with the affidavit of the plaintiff. There shall be sufficient documents stating the transaction for instituting the money recovery suit. At this stage, the plaintiff shall pay the required court fee.

According to the schedule, the court fee has to be paid by the plaintiff.

The plaintiff must pay 1/10th of the total amount claimed in the money suit as a fee A suit shall not be filed in case the court fees are not paid by the plaintiff.

After the summons is duly served the parties are required to appear before the court on the particular date mentioned in the summons. If the defendant does not appear before the court, the court will hear the case on the merits of the plaint under Order 9 of CPC which is known as Ex Parte proceedings and pass the Ex Parte decree. If it is the plaint who is absent the suit is dismissed.

The ex parte can be set aside by the defendant by applying to the court to show sufficient reason for his absence.

Every suit is time-consuming and the parties can apply for an Interlocutory application for the consideration of the Court in any matter that shall be performed immediately. It may be for a temporary injunction or for appointing a court receiver, for appointing a court commissioner, or for arrest and attachment before judgement.

Both parties shall produce the documents owned by them for supporting their case also if documents are not in their possession summons shall be issued for its production.

Issues are framed by the court after the first hearing and analysing of the issues advanced by the parties.

Once both parties had adduced the evidence and the witnesses to support their case, they are allowed to present a summary of their case and evidence in the final stage of the argument.

After deciding the merits of the case based on arguments advanced, witnesses produced and the evidence analysed the Court will pronounce judgement within 15 to 30 days. Judgement is what the judge decided on every argument of the case, and it is the statement on the case.

Even though the case is decided on the merits sometimes one of the parties feels offended because his part is not decided on merits. There are three solutions available to the aggrieved parties they are,

An appeal shall lie from every judgement, or order passed by the lower court in a higher court. An appeal is a remedial measure given to the appellant who goes for an appeal to either set aside, modify or reverse the unjust decree unless consented.

A revision petition is filed in High Court in any case decided by the subordinate court. It is for revising or reconsidering the suit in circumstances like

Reference is filed for referring a doubt to High Court for avoiding misinterpretation of the law. No party can apply for reference but only for subordinate court

The review is filed before the same court which passed the judgement to review the decree once again to rectify the judgement rendered when there are errors or mistakes.

It is the final step after a person gets the Decree. Even though the case is decreed in favour of the person it is only made in action when it is executed. An application for execution of decree must be made. The court may execute the decree as per the mode of implementation prayed by the decree-holder or as the court deems fit. After obtaining a Decree the person in favour of the decree is passed is known as the decree-holder and the other party is held as the judgement debtor.

The modes of execution of decree are

The civil remedy available to recover the money of a person from the debtor is the money recovery suit. It is the direct way of remedying the person whose money is to be recovered. It helps for quick resolution because there is little opportunity for defence if allowed by the court.

We typically reply in a few minutes